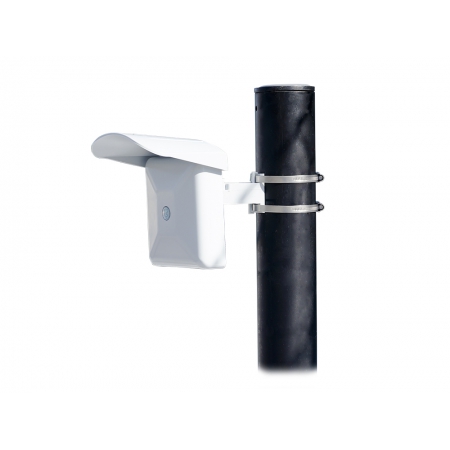 The sensors are intended for the protection of separate perimeter sectors where it is difficult or impossible to use Bistatic sensors, for example: blind streets, marshlands, ravines, communication passages over the fence, stock areas, tunnels, overpasses, viaducts, etc.

Special software allows to make it easy to start-up the sensor and assures the correct configuration of the sensor parameters.

Like this we adapt the sensor to the given interference situation on the site.

The configuration is made:

It is the latest development of the factory. Thanks to the patented algorithm of signal processing the sensors are leaders in interference immunity and functionality among monostatic sensors.

The principle of operation of the sensor is based on the method of linear frequency modulation. The sensors FM have more clear limits of the detection zone if compared with usual doppler sensors.

The sensors FM have 5 frequency letters. Like this we avoid mutual interference from adjacent sensors. Like this we can use sensors near each other, for example, in hangars, warehouses, etc.

The model with configuration via Bluetooth wireless interface for Android is available at the order.