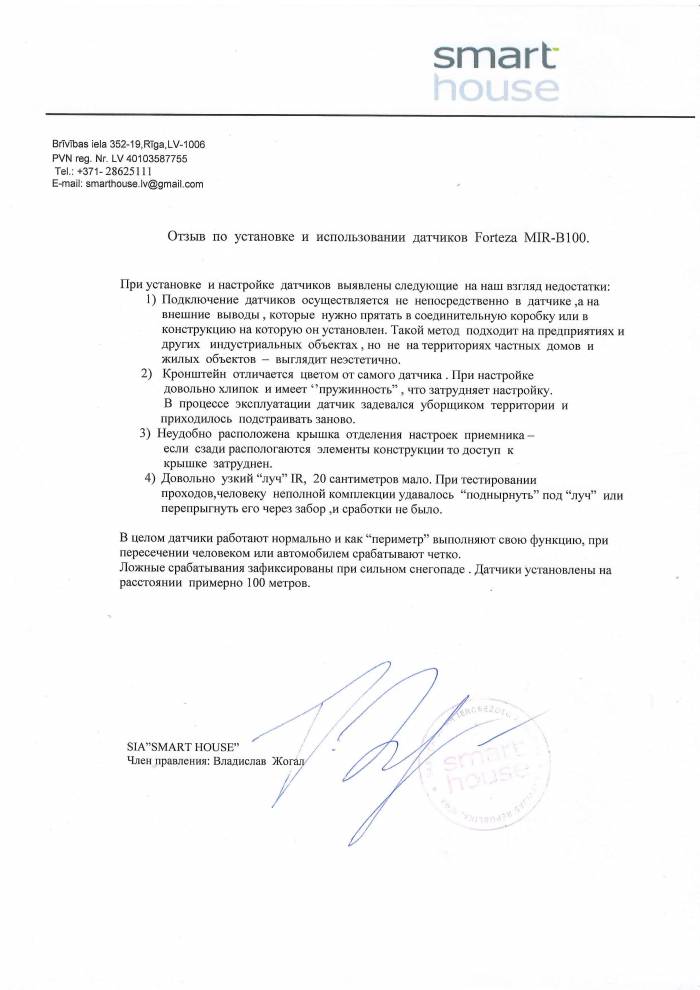 Test Report on Installation and Use of the sensors Forteza MIR-B100.

During installation and configuration of the sensors we revealed the following lacks:
1). The sensors connection is not made inside the sensor but using the external terminals which should be hidden in the junction box or another construction where the sensor is installed. This is good for factory or another industrial territory but the territory of private houses and other residences requires more esthetic appearance.
2). The bracket has another colour than the sensor itself. The sensor is not tightly fixed and the springing effect makes it difficult to configure the sensor. During exploitation on the object the sensor was accidentally moved by the houseman several times, so it was necessary to reconfigure it.
3). Inconvenient location of the cover with control elements under it. If the sensor back is installed close to a wall, the access to the cover is difficult.
4). Very narrow IR beam, 20 cm is not enough. During testing a small intruder could go under the beam or jump it over the fence without triggering.
In general the sensors work well and function normally as the perimeter triggering firmly at a man or vehicle crossing of the detection zone.
False alarms are registered at heavy snowfall only. The sensors are installed at the distance 100 m roughly.