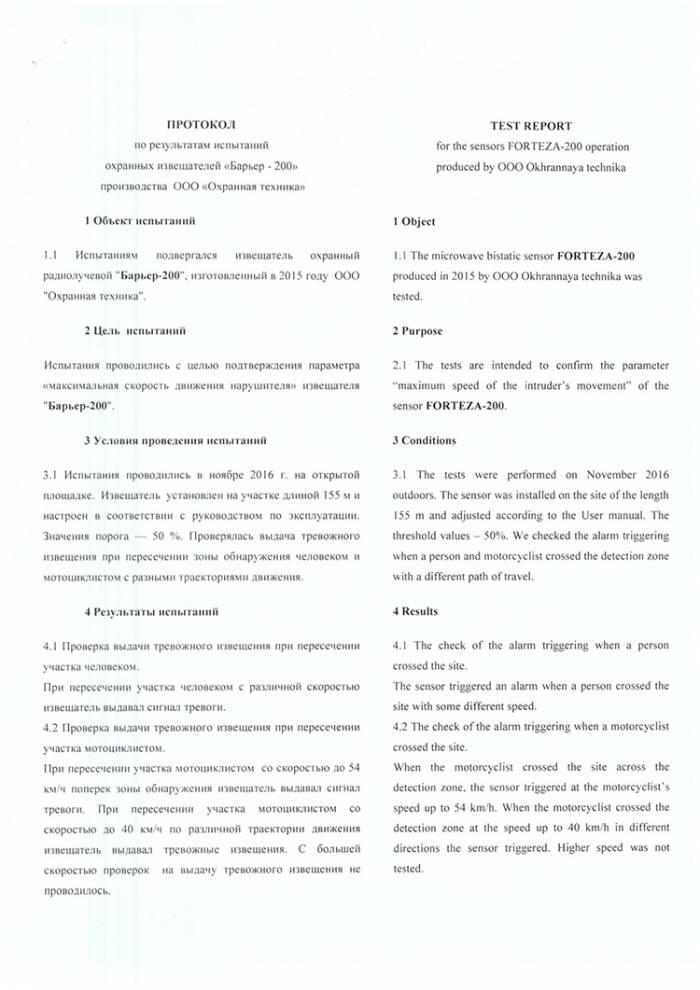 1.1 The microwave bistatic sensor FORTEZA-200 produced in 2015 by OOO Okhrannaya technika was tested.

2.1 The tests are intended to confirm the parameter "maximum speed of the intruder's movement" of the sensor FORTEZA-200.

3.1 The tests were performed on November 2016 outdoors. The sensor was installed on the site of the lenght 155 m and adjusted according to the User manual. The threshold values - 50%. We checked the alarm triggeringwhen a person and motorcyclist crossed the detection zone with a differentpath of travel.