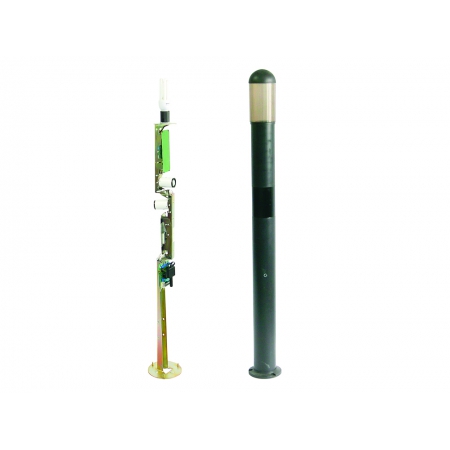 The dual technology bistatic sensor FORTEZA-FONAR-COMBI are mounted into park lamps and combine protection and lighting functions. The sensors are intended to protect cottages, offices, office buildings, different objects which have exacting requirements to the security masking.

The sensor is intended for the protection of critical objects with high requirements for interference immunity, territory appearance and the secrecy of alarm system.

The sensors have all the advantages and distinctive features of the sensor FORTEZA-FONAR and the combination of the two physical detection principles allows to decrease significantly the number of false alarms because of weather interference factors, influence of electromagnetic and radio interference and be immune to small animals and birds.

The sensors have very narrow detection zone allowing to use it on difficult sectors.